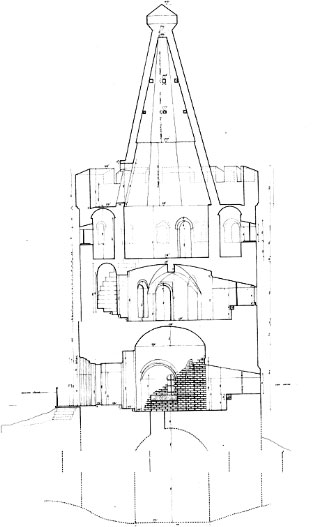 The wall of the Medieval Szczecin were 2,510 m long, including 610 m walls located on the Odra River. The walls had 4 main gates: Młyńska (Mill Gate), Świętego Ducha (Saint Ghost Gate), Passawska (Passawska Gate) and Panieńska (Maiden Gate). In the 15th century gates were rebuilt by adding the so-called gatehouse. Besides gates, fortifications had 7 round towers, 14 square towers, 1 hexagonal tower and 15 open towers. From the side of the Odra River there were some wash ports. The walls were surrounded by the moat with a depth of 30-35 ells, the moat’s bottom was around 57 ells wide and its upper edge was around 80 ells. Next to the moat there was located the Maiden Gate which closed the Old Town from the north.

The Tower has a 9-metre exterior diameter and 3.6-metre interior diameter. It consists of 3 storeys: 4.7-m high cellar, 4.4-m high ground floor and over 2.5-m high first floor. The Tower is finished with the crenellated wall and conical helmet. Until 1723 the Tower was the prison. The Medieval walls were destroyed after constructing modern fortifications (Leopold’s Forts) in the years 1724-1740, id est at the beginning of the Prussian reign. After some time the Tower was tightly developed with buildings and was forgotten. Presumably, at the turn of the 19th century and the 20th century due to the liquidation of the Leopold’s Forts and the construction of the Haken Terraces (presently Wały Chrobrego) the upper part of the Tower was demolished and used to built the octagonal building. In 1944 the building was destroyed together with the entire Old Town in Szczecin due to the carpet bombings. The Tower was exposed after removing war rubbles from the castle borough. In 1954 the Tower was registered as the monument.

The Tower was reconstructed in 1964 and for some time it played various functions. On 13th May 2004 the Tower was purchased by RENT-nieruchomości Droński which established in the Tower its headquarters, opened a real-estate agency, and leased premises to the interior design, lighting shop, BANG & OLUFSEN hi-fi shop, as well as the art gallery with paintings of local artists. The Tower was opened in August 2006.

In connection with legends the Tower is also called the “Seven Overcoats Tower”. Historians associate this name with the tailor’s craft which maintained the Tower. There is also the legend which explains the origin of the name…

Legend about the river – Once upon a time Duke Bogusław of the Griffin dynasty decided to make a pilgrimage to the Holy Land. As part of the preparation to the pilgrimage the cloth for the duke’s clothes was purchased. The duke wanted a court tailor to make seven coats for the pilgrimage.

The tailor scrupulously began to sew. However, when the tailor’s wife saw a beautiful fabric destined for the duke’s coats, she was so delighted with the fabric that she made her husband make clothes for her, as well. The tailor did not want to disappoint her wife, therefore he made seven coats ordered by the duke and one dress for his wife.

The entire court admired the excellent work and fabric of the duke’s coats. The coats were also admired during the pilgrimage. After returning from the pilgrimage the Pomeranian duke proudly talked about his impressions from the pilgrimage and praised the tailor. Once day on the castle court someone saw a woman wearing the dress made form the same fabric as the duke’s one. That woman was the court tailor’s wife. Of course, duke Bogusław was immediately informed about this fact and was very mad. He ordered the poor tailor to come to him. The tailor admitted that he made the dress for her wife from scraps of the duke’s fabric. The tailor was imprisoned in the tower next to the castle, where for six months he was made to make clothes for the court and got only bread and water. At the same time the tailor’s wife started to meet with a young shoemaker.

This is a legend, but frankly speaking presumably nobody knows why the Maiden Tower is called the Seven Overcoats Tower. 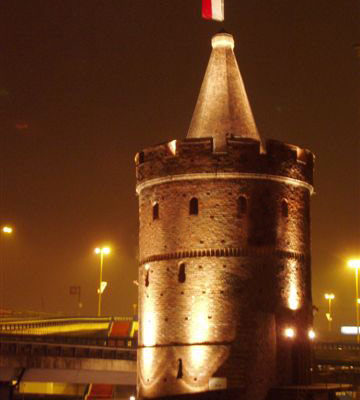 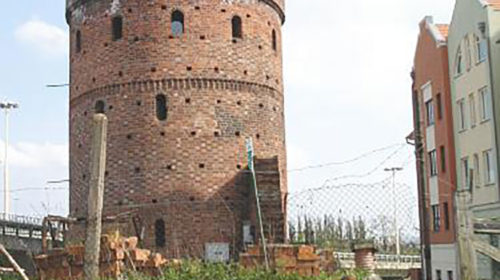 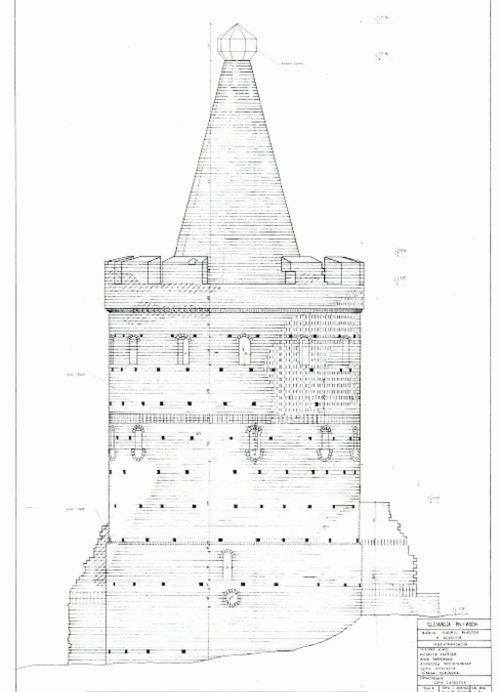